Glaucoma refers to many different conditions that can damage the optical nerve. If not treated early enough, glaucoma can result in a loss of vision ranging from small to large blind spots. There are many types of glaucoma, the most common of which being open-angle glaucoma.

Open-angle glaucoma develops very slowly and does not exhibit any clear symptoms until it has developed singificantly. In its early stages, glaucoma does not exhibit any symptoms that cannot be detected by a professional which is why it is highly recommended that you have your eyes tested regularly. The most obvious symptom of glaucoma in its later stages is a loss of field vision.

Closed-angle glaucoma does however cause an array of visual and physical symptoms including ocular pain, nausea, redness, loss of vision and irregular pupils.

Our main goal of treating glaucoma is catching it before it causes any significant nerve damage which could affect your vision. Most common methods of treatment for glaucoma include reducing the fluid pressure inside the eye, which can be achieved by using medication or surgical methods. 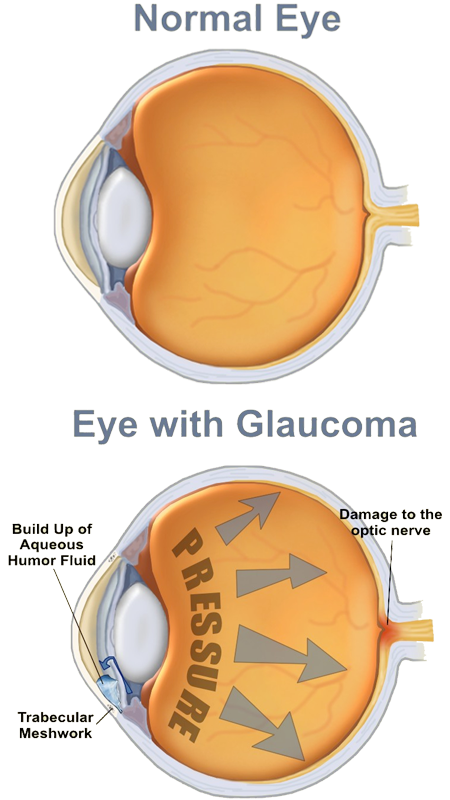 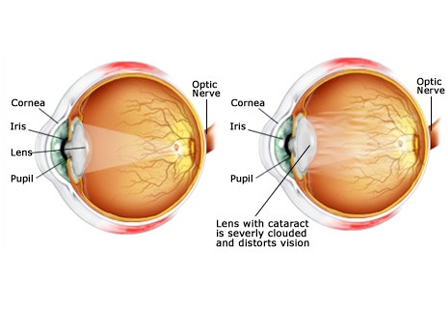 Cataracts are cloudy patches in the eyes' natural lens which cause blurriness due to light being scattered as it passes through the eye. Most people will experience cataracts at some point in their lifetime as it is a natural process of ageing, however some people may experience cataracts with more severity than others.

Depending on the type of cataract, symptoms may vary from a compromised field of vision, to a difficulty in looking at bright lights (glare). Physical symptoms include a greyish blue clouding of one or both eyes.

Treatment only becomes necessary once cataracts begin to develop and affect a person’s vision; with regular eye examinations, cataracts can be caught in their early stages. Treatment involves removing the clouded lens surgically and having it replaced with an artificial one. If you are found to have a cataract that you want removed, we can refer you directly to the hospital. This saves time rather than having to see your GP first to then later be referred to a hospital.

Floaters can appear as small black dots and quite often, translucent sinews that float around your field of vision. Although harmless, an increase in floaters can be a symptom of something more serious, so although treatment is not necessary, it is strongly advised that you seek a professional to examine your eyes. Flashes can appear at any time for an undefined length and look like sparkles emanating from the corners of your vision.

You should not be alarmed if you notice floaters or flashes as they are a natural effect of the eyes and do not obstruct your vision. Irregularities in your flashes and floaters can help bring more serious conditions to your optometrist's attention.

When to have your eyes examined: 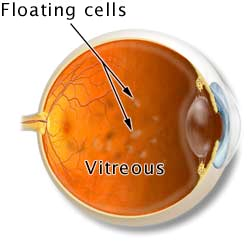 Blepharitis is an inflammation of the eye-lids, usually caused by a bacterial infection or a problem with your tear-producing glands (meibomian glands). Signs of blepharitis include flaky skin around the eyelashes, discolouration of the eyelids, stinging sensations in the eyes, puffy eye-lids, styes, and also your eyelashes may fall out. Although uncomfortable, it is very unlikely that blepharitis will cause any long term damage to your vision.

Due to the nature of blepharitis, treating the condition can involve multiple lifestyle changes and changes to your hygiene routine. Many cases of blepharitis can also be treated with antibiotics if the infection is bacterial.

Because blepharitis is a chronic condition, it is important you visit an eye specialist if you have concerns, and to ensure you are treating against it correctly.

Drop off and pick up is available directly in front of the practice. Longer stay parking is available at the Frenchgate Shopping Centre or other town centre car parks